Confused year for the stock market

Stock markets and Omicron: why investors don’t need to panic yet


The Pakistan Stock Exchange (PSX) had a tumultuous 365 day period in 2021 as, on the one hand, it was ranked among the best Asian stock exchanges but on the other hand, demoted from emerging markets to frontier markets by Morgan Stanley Capital. International (MSCI).

The stock market ended the year on a lackluster note despite obtaining the title of the second best performing market in Asia at the end of January 2021.

It posted record volumes of 2.5 billion shares (including futures trades) in a single day in May, compared to the daily average of 474 million shares recorded in calendar year 2021. .

It came after the country’s trade deficit hit an all-time high of $ 5 billion in November and yields on Treasuries suddenly rose, signaling an aggressive hike in the benchmark interest rate, which later turned out to be true.

The market started the year on January 1 with the benchmark at 43,755 points. It hit the lowest of the year at 42,780 points in March due to a spike in Covid-19 infections.

It recorded the year’s high at 48,726 points in June, the day the government presented an incentive-laden budget for the current fiscal year. The market reached this level after a four-year gap, which was last seen in June 2017.

“The market has got off to a good start with a (rapid) V-shaped recovery in the national economy,” said Tahir Abbas, head of research for Arif Habib Limited (AHL), speaking to The Express Tribune.

The third wave of the Covid-19 pandemic in the country and concerns about the nationwide lockdown and impact on the economy have not let the market thrive after the initial strong performance in late January.

The complete reopening of the economy after the shutdowns, increased worker remittances and optimism over the budget loaded with incentives to support the Covid-hit economy have brought the market back to a four-year high in June.

The stock market, however, failed to maintain the level after global commodity prices more than doubled, significantly boosting the country’s imports, which reached a record high of $ 8 billion in November.

The historic surge in imports from June 2021 began to consume the country’s foreign exchange reserves. As a result, demand for the dollar has skyrocketed in the interbank market to pay for rising imports.

This move triggered the rupee to depreciate again against the greenback, pushing inflation to a 21-month high of 11.5% in November and pulling the market down 4.7% (or 2 135 points) in a single day on December 2. 2021.

At the same time, the suspension of the International Monetary Fund’s (IMF) $ 6 billion loan program since June 2021 and the delay in its recovery have increased pressure on the rupee, which hit a record high of 178.24 rupees. December 29, up from 22- The month high of Rs152.27 hit in May, showing a depreciation of 17% in seven months.

Government and IMF teams reached a staff level agreement for the resumption of the lending program in November.

The IMF’s board of directors will be presented with the sixth review of the economy on January 12, 2022. Its approval will be followed by the release of the next loan tranche of $ 1 billion in January or February 2022.

The depreciation of the rupee, the high import bill, large trade and current account deficits and high inflation forced the central bank to aggressively increase the benchmark interest rate by 2.75 percentage points in October- December 2021 at 9.75%.

As usual, the high interest rate encouraged investors to shift their investments from risky stocks to safer term deposits in banks and impacted market performance.

As the world enters 2022, optimism prevails about the expansion of business and economic activities and the return of the bullish trend in the stock market.

Experts predict a continued decline in global commodity prices, with a peak outside the benchmark interest rate of 10% in March 2022 and a return to stability in the rupee. 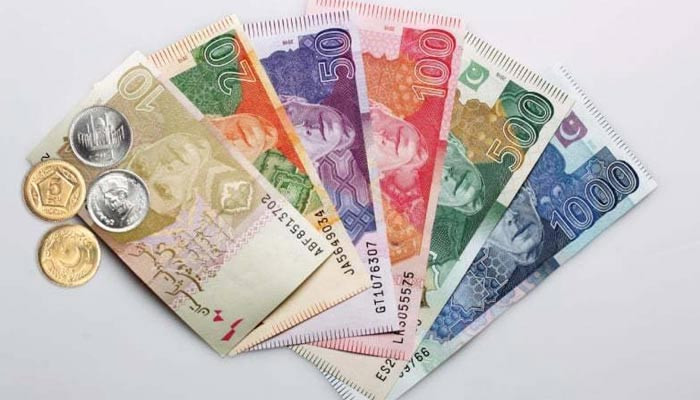