Couple’s kitchen nightmare after getting keys to £385,000 new house 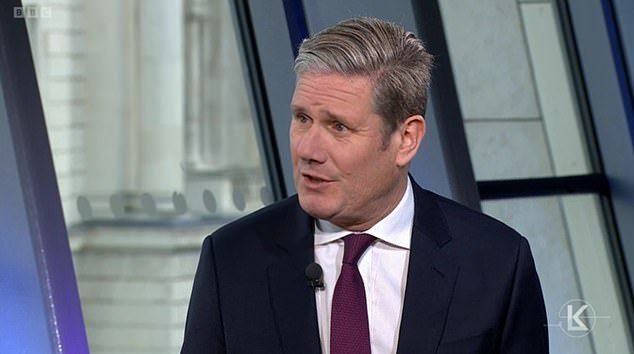 It’s meant to be one of those moments in life that you’ll cherish forever – getting the keys to a new home.

But when Sallyann Smith, 23, and finance Gareth Hawkins, 26, were about to move into their three-bedroom house in Essex, they discovered the kitchen was ‘unusable’.

They had already been told there was no heating and other services at the new £385,000 home in Maldon when they were originally due to move in last June, MirrorOnline reports.

This was after paying developer Crest Nicholson around £30,500.

And the delays, which lasted several more weeks, Ms Smith said, meant they missed the stamp duty holiday – costing them an extra £3,000.

Sallyann told the Mirror: “We are first time buyers on a very tight budget, we really needed the holiday support from the stamp duty.

“We asked if they would pay it for us or take it off the price of the house, but they refused.

“We had already paid the deposit by then, so we felt backed into a corner.”

The couple finally got the keys back last July, but three days later they claim they discovered the kitchen had a major mold infestation.

Sallyann, who was seven months pregnant at the time, said: ‘I saw mold under the cupboards in the kitchen so I emailed Crest Nicholson and they agreed to get help. deal with it – but after that it was radio silence.

“The bottom of the plinth was covered in thick black mold.

“A manager finally agreed to investigate. In September someone came to inspect the property. But then the site manager left the company and things went from bad to worse,” says Smith.

“A person was sent out to clean it, but we requested a new unit due to severe moisture damage.

“They took the kitchen apart and a temperature check of the walls by a humidity specialist we hired ourselves revealed that the walls in the property were 99.9% damp.

“After that the team put the kitchen back in place but left the oven off, the cupboards were removed and there were holes in the wall. It lasted a week.

“At one point one of the customer service people came in and said it smelled bad, to which I replied that I know and you expect me to live like that.

“We were left with literally no kitchen – back to the bare block due to mould.

“I was washing dishes in the dining room with a bucket when I was eight months pregnant,” she added.

“The house was actually sold to us unfinished. So much so that we had to move and live with our family. »

Six months later they finally have a working kitchen, but they claim they have thousands of pounds left.

“We are now financially destitute as we have to buy food, go to family members who live 30 miles away for dinner and wash our clothes in a laundromat.

“Crest Nicholson agreed to pay our £330 energy bill as we needed to run a dehumidifier for six weeks.

“But we had to move, so we were paying for that, the mortgage, the water, council tax and all the other costs of a property we couldn’t live in.”

To date, Sallyann and her partner have written Crest Nicholson four times to have their additional costs covered.

“That comes to around £5,000 including all the times I’ve had to take time off from work because I was told someone was coming to inspect the property – when often no one showed up .”

They are still waiting for the regional director to come back to them on a final decision.

The soaring cost of living is putting household budgets under pressure, with some having to choose between heating and food.

Here are some resources available if you need help.

Citizens Advice is an independent charity providing free, confidential assistance with legal, consumer, housing, debt and other issues. Its website details the help available and where your nearest office is, for face-to-face advice.

The Trussell Trust supports a national network of over 1,200 food banks, providing free emergency food to those in need. You can use its website to locate support wherever you live.

Turn2us is a national charity that provides practical support for people in financial difficulty. Its website includes a benefits calculator and details about programs and subsidies in your area, including for energy and water bills.

The company, which reported a pre-tax profit of £86.9million last year, refused to co-operate when approached by The Mirror.

He offered to cover £500 of the expenses incurred – just 10% of the money the couple say they lost as a result of their failings.

A spokesperson shared the following statement and added that someone would be in touch with the couple directly.

However, they have since received a letter saying they have ‘ceased all contact’ with the buyers because they approached a newspaper.

A statement said: ‘We are aware of Ms Smith’s concerns and, after various assessments, have now successfully completed all work related to her kitchen.

“We continue to be in conversation with Ms. Smith and hope to conclude the matter to the satisfaction of all parties involved as soon as possible.”