Golfers set off to make a donation from the DGRI

A missile falls on NATO territory. And then ?

Can South Korea engineer a second miracle on the Han River? Seoul’s story inspired by Horatio Alger is well known: the country went from a war-torn and impoverished nation to a global industrial powerhouse in just two generations. Before this turn of events, no one could have imagined that South Korean actors would win Oscars and Emmys or that K-pop would reach global audiences. A country that depended on US aid until the 1960s is now investing tens of billions of dollars to build new electric vehicles, next-generation batteries and semiconductors in the United States.

But South Korea also faces unprecedented challenges, including the demographic fallout from having the lowest fertility rate in the world and being one of the fastest aging societies on the planet, global economic competition from China, vulnerable supply chains and much lower growth rates. If that wasn’t enough, the South Koreans also face a neighboring North Korea with a growing arsenal of nuclear weapons and a growing Chinese military footprint nearby. As US-China competition intensifies, South Korea finds itself straddling a precarious fault line. More recently, as illustrated by the tragic stampede on October 29, 2022 in Seoul’s Itaewon neighborhood, where at least 150 people died (most of whom were in their 20s and early 30s), including some number of foreign nationals, South Korea must ensure the highest levels of public safety. Being a super-connected and globally competitive society is crucial for South Korea’s long-term prosperity. But it is equally important to prevent critical blind spots.

Chung Min Lee is a senior fellow in the Asia Program at Carnegie. He is an expert in security, defence, intelligence and crisis management in Korea and Northeast Asia.

Although there are no short answers and South Korea faces immense obstacles, the only way forward for South Korea is to improve its competitiveness. Unless South Korean companies become influential in the era of artificial intelligence (AI) and the fourth industrial revolution, the country is destined to fall further behind as anemic growth becomes the new normal. Even if the private sector takes the lead in undertaking structural reforms, the deepening political divide in South Korea is likely to remain a serious obstacle. The left and right wings of the country’s political spectrum have opposing views on how to foster a global Korea: the left continues to stress the need to rein in corporate power with increased regulatory checks, while the right argues that only by unleashing the vitality of the private sector can it hope to be competitive in the post-pandemic world.

While well-known brands like Samsung, LG and Hyundai have energized South Korea’s economy over the past four decades, next-generation companies must take the lead in fueling the country’s resurgence for the fourth industrial revolution. But at a time when governments are taking charge of economic security and businesses are on the front lines of crucial supply chains, a new partnership between state and market is needed.

The essays in this collection highlight the challenges and opportunities South Korea faces in the world of business and entrepreneurship, high-end technologies such as AI, sustainable development, and building a green economy, projecting a stronger voice on the global commons and reshaping its national security paradigm. It’s not just the economy and the private sector, but how Korea sees itself in the global commons.

Jung Ku-hyun says that while conglomerates have dominated the South Korean economy and will continue to be major drivers, the ability of Korean companies to maintain global competitiveness will rely on a proliferation of start-ups that can shape the economy. country’s economy at the dawn of the fourth industrial revolution. Meanwhile, Hana Anderson and Jacob Feldgoise compare the AI ​​ecosystems of South Korea and Japan and note how the two countries have cultivated often overlooked roles in high-end semiconductor manufacturing. And as US-China competition intensifies, Japanese and South Korean efforts to bolster new supply chains will become even more important. At the same time, South Korea, like other advanced economies, has no choice but to face the risks of accelerating climate change. Juhern Kim writes that if South Korea adopts more sustainable energy policies and leads a green revolution at home, it could become a new global role model for others. This is a key opportunity for Seoul to become a global pioneer in striving to achieve net zero emissions.

Taking a global perspective, Lee Jung-eun writes that while South Korea has garnered more attention on the world stage, it needs to do much more for the global commons. It is particularly important that South Korea, as one of Asia’s loudest democracies and its fourth-largest economy, strives to strengthen its commitment to human rights in Asia and around the world. . South Korean soft power has made huge strides over the past decade, but it’s time for Seoul to use that cachet to advance global public goods. Finally, I argue that South Korea’s national security framework needs to be modernized and revamped to ensure the country’s economic security and counter hybrid threats. Indeed, South Korea stands out because it faces a powerful mix of geopolitical, geoeconomic and technological threats. Any new national security grid adopted by the country will have to strengthen the resilience of the nation on its territory so that it can face these unprecedented challenges.

These essays underscore the fundamental importance of innovation and reform, supporting global perspectives and assuming greater international responsibilities, and building a strategy of bipartisan competitiveness that will make South Korea a truly global pivotal state. . In the current political environment, such a task borders on mission impossible. If blood, sweat and tears characterized South Korea’s rapid economic rise from the early 1970s, future prosperity will be shaped and driven by the development of a new competitive advantage. Entrenched interest groups and status quo political expediency can still prevail. But if that happens, South Korea will lose the last best chance to boost its competitiveness in Asia and the world. 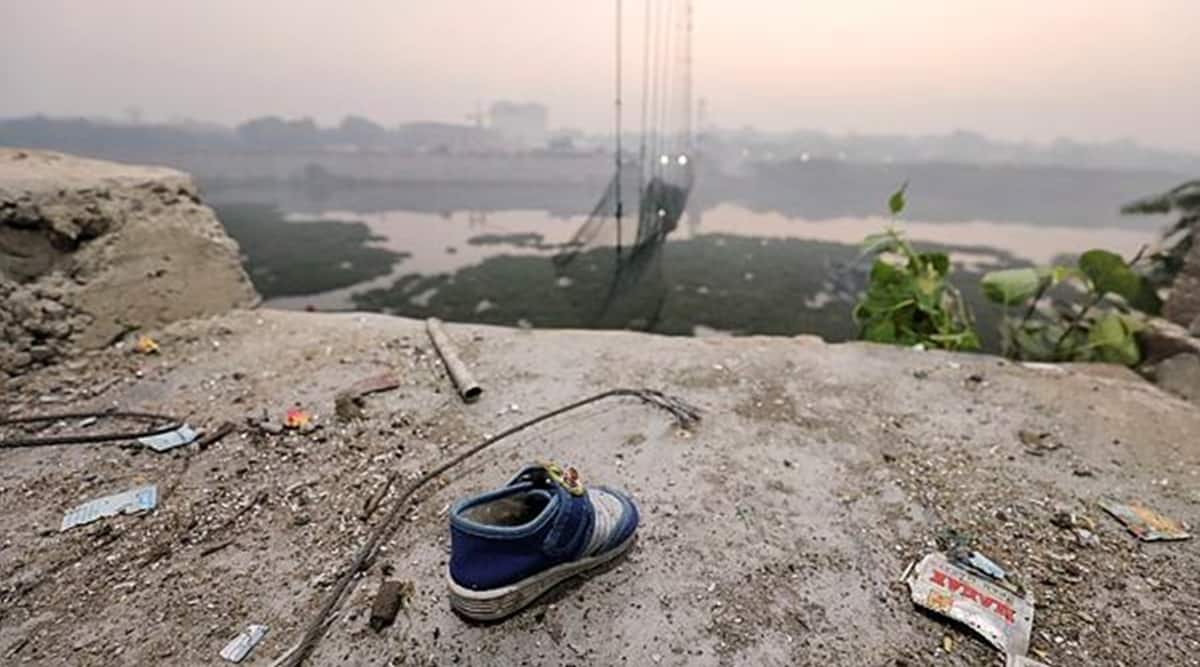 Morbi targedy: endowment of Rs 5 crore for 20 children who have lost one or both parents

The Adani Foundation, the corporate social responsibility arm of the Adani Group, on Thursday announced …