Rising rates will make the bank sit at your kitchen table

Vicki Davis May 2, 2022 Stamp tax Comments Off on Rising rates will make the bank sit at your kitchen table 2 Views

should it be simplified for owners?

Steven Hamilton commends government for initial pandemic financial support. However, he believes that their economic plan consists of “vague platitudes but nothing concrete policy to achieve them”. Hamilton is too nice. Billions of dollars have been wasted on JobKeeper, the allocation of government grants, a grossly belated commitment to net zero but without a guiding financial structure, a variety of inefficient tax structures, including the GST, which is too low and does not cover that half of the economy, ill-advised privatization of elderly care, no idea how to reverse their 50 years of downward pressure on wages and a series of successful scare campaigns on any attempt to fix it all . David Hind, Bay Neutral

Building a future for our children

I would also like this election not to be about Scott Morrison, nor Albo, nor Constance, nor Barnyard, but our children and their future. Which party will help them solve issues like access to education, housing affordability, job training leading to well-paying jobs, medical and dental care to keep them healthy, and an environment that is not threatened and heading for cataclysmic change? This is the party I want to vote for. Dale Bailey, five docks

Your correspondent criticizes the lackluster campaign (Letters, May 2). Bill Shorten adopted a series of strong policies, which would have benefited Australia enormously, in the last election, but were foiled by Morrison. Voters swallowed the lies and scare tactics and chose the status quo over the vision. It’s no surprise that this status quo quickly degenerated into unscrupulous Morrison 2.0. I suspect Labor’s plan is to get elected, win the trust of voters, and then introduce a stronger platform. But first you have to beat Morrison at his own game. The Prime Minister went to the 2019 election without politics and won playing the man. This time he hopes that we prefer the devil we know. If the electorate doesn’t send in this heck of a pack, we’ll end up with unscrupulous Morrison 3.0. Graham Lum, North Rocks

To what ridiculous depths has the campaign sunk when her mother-in-law’s words are used for political purposes, apparently without her permission (“Kooyong’s pageant goes awry as Josh Frydenberg ‘misquotes’ frail beauty -mother of the opponent”, smh.com .au, May 2)? Also, equating this with Ted Baillieu’s son choosing to take a public stand and speak out is obviously not valid. Louise Dolan, Birchgrove

Do self-funded retirees really need this Liberal-National government promise to expand access to seniors’ health cards (“Coalition to Boost Seniors’ Health Cards,” May 2)? Why did it take the government 10 years to put this $70 million promise on the table? Helen Simpson, Curl Curl

The northern beaches are buzzing with excitement – ​​it’s like a fringe seat this election. An unprecedented level of campaigning: letters, phone calls, SMS, corflutes. All that’s missing are regular visits from the Prime Minister. Denis Goodwin, Dee Why

It’s fine for Mike Baird (“Baird says Coalition must learn from rise of independents”, May 2) to suggest that Liberal politicians need to reconnect with their local communities, but the message from those communities is that politicians of the Coalition are not what they want.
Teal independents emerged because their communities are fed up with the government’s failure to take climate change seriously and its use of the hog barrel, as well as the lack of a federal CICC and its disregard and of his debasement of women. It’s not just about listening, it’s about changing and implementing the policies that their constituents want. Peter Nash, Fairlight

This is not a revolutionary process, but an evolutionary process whose time has come (“⁣ ⁣ Time is now”: Australia-wide referendum campaign). The United States, Canada and New Zealand have all decided to recognize First Nations peoples in their respective constitutions. Steve Ngeow, Chatswood

For those like me who support Uluru Statement from the Heart’s call for a voice in Parliament to enshrine First Nations people in the constitution, it is heartening to see that a campaign has been launched to achieve this. With the support of everyone who cares about righting the wrongs done to First Australians, it can be done. It is now. Andrew Macintosh, Cromer

I share your correspondents’ point of view on the loss of our nation’s built heritage (Letters, May 2), and I also deplore the loss of our landscape heritage. Inevitably, with every building demolished or dismantled, significant vegetation is also destroyed. If the remains of Willow Grove are ever removed from storage and relocated, it will happen before decades-old trees function in the environment as they did before they were felled. Lyn Langtry, East Ryde

Do you remember sports venues with a simple name like Redfern Oval, Brookvale Oval or the Sydney Sports Ground? Now the venues are named after the sponsors, so it’s a miracle that customers can find the right venue. Also, I’d rather be at Lang Park than at XYZ Stadium in Brisbane to watch the Broncos take a beating. Col Shephard, Yamba

In Little Dorrit, Charles Dickens satirizes the problem described by your correspondent (Letters, May 2). The Office of Circumlocution made applications for new companies, patents, etc. so torturous that people have given up trying. The name of the computer program should incorporate “circumlocution” in honor of the great writer and as a reminder that governments have used such tactics since at least the 1800s. Isobel Page, Hornby

These dogs don’t look very happy with the gross family income (“How Puppy Pic Revealed Caddick’s $46,000 a Day ‘Profit’‴⁣⁣, May 2) but I guess if the only advantage for them is a set of wooden ears, they could have a case. Lyn Savage, Coogee

The case of verse

I write in defense of “versing” (Letters, May 2), which (as a former football dad) I can vouch for has been in use for at least 25 years. It fills a particular niche. “Playing” for children does not have an inherent sense of competition, and “playing against” is a mouthful compared to the succinct “verse”. Doug Walker, Baulkham Hills

Perhaps the elected nods in the background could be called a poly tic? Tony Doyle, Fairy Meadow

No, your correspondent should not expect twice as much for twice as much. Once again would be double. Twice as much is triple the quantity. Brian Kidd, Mount Waverley (Vic)

Can we please clear “soon” soon? And if my regular Saturday bark is any guide, we should immediately and forever decouple “predictable” and “future.” Frank McGrath, Bulli

digital vision
Online comment of one of the stories that attracted the most comments from readers yesterday on smh.com.au
Labor leads polls midway through campaign
Since Scott55“We don’t need miracles, we don’t need out-of-control spending promises, we don’t need campaign pledges for projects that aren’t planned and don’t pile up. What we need is a government that makes one good decision followed by another, a government that respects all Australians, respects taxpayers’ money and respects our future. There is a chance that Labor can deliver these things. The coalition government has been nine years old and they have shown no such ethos or aspirations. Their time is up. Work is the only choice on May 21. It’s time”

Previous Explainer: after Russia swerved to avoid default. What is the next? | Business and economy
Next RCCC announces $375,000 in endowment donations and 13 new scholarships – Salisbury Post 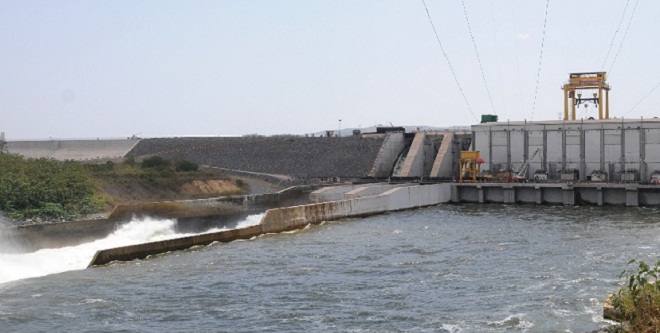